HAVE YOU ENCOUNTERED PROBLEM FILLING THE FORM?

Sightseeing tour of the City of Naples, Pompeii and the Amalfi Coast

The tour of Naples and around NCC Rome you the opportunity to enjoy a landscape and an atmosphere of rare beauty. Along the Amalfi Coast man and nature have always lived in perfect balance. Even today, the reflections of the sun reflecting on the sea surface, while in the streets of Sorrento, Positano and Amalfi memory is lost in sweet memories. The tour of Naples is divided into two versions, here it is in detail with schedules and points of interest.

NAPLES - The city overlooking the Gulf

Naples and Neapolitans are one. It ‘hard to love this city if you do not love its people. They describe themselves as “people with heart in hand” for their sociability that is often confused with audacity and desire of leadership, we must admit, does not fail to Neapolitans. Like its people, the city is sunny and bright, with lots of attractions and places of artistic and architectural interest.

The city boasts an exceptional geographical location, is situated on the Gulf of Naples, near the volcano Vesuvius and Campi Flegrei. Besides the city is also admirable landscape near Naples, as in the case of Pompeii, known for the famous volcano eruption in 79 AD which covered the entire city of ashes. The artistic beauty of Naples that are protected by UNESCO in 1995 declared the historic center of this World Heritage City. And ‘one of the major cities of the ancient Greeks, and its origin is placed between the ninth and eighth centuries BC It’ easy to be fascinated by Naples, for its characteristic streets, as Spaccanapoli, for its beautiful waterfront where stands Castel dell ‘Ovo, which dominates the panorama of the Gulf.

Things to do in Naples

Also called Castel Nuovo, the Angevin is one of the most important and famous and for this elected symbol of the city of Naples. Dominates the town hall square and its facade with the triumphal arch of Alfonso I excels in all the postcards of the city. E ‘was built around 1266 by Charles I of Anjou and today is home to the Neapolitan Society of native history and of the Committee of Naples Institute for the History of the Italian Risorgimento. And ‘undoubtedly one of the works that this city can offer the visitor and also in the town hall square is the palace of St. James and St. James Church of the Spaniards, dated 1540.

The building, whose main facade is on Piazza del Plebiscito, is one of the royal residences used by the Bourbons to the times of the Kingdom of the Two Sicilies. E ‘was built in honor of the King of Spain, and today is a beautiful building with neoclassical furnishings. The square where it is known as Largo del Palazzo that as Piazza del Plebiscito in the center there are two equestrian statues, one in honor of Charles of Bourbon, made by Canova and the other representing Ferdinand I. In this square, also, you can admire the beautiful basilica of St. Francis of Paola.

This is an artery of Naples, a street that runs through the old town and is one of the most animated of the city. Often it is a very busy area, due to the high number of tourists and the continuous scooters that rise from one point to another, and sometimes very chaotic (thanks also to the many artists and artisans who sell their products on the way): nevertheless is perhaps the truest sense where the soul of Naples. Along this road you can come across a number of historic buildings, palaces and churches of great artistic importance. The origin of this artery is very old: Spaccanapoli stands on the site of the Greek Neapolis and bisects the city according to the route of the lower decuman.

The city that extends below in Naples: a journey through the tunnels and underground labyrinths of this city is absolutely recommended. There are several tours that allow you to explore the hidden Naples and admire the deep belly of this city. The visits to the Naples underground guaranteed on Thursday at 21, Saturday at 10, at 12 and 18 and on Sundays and public holidays at 10, 11, 12 and 18.

Opened in 1816, the National Archaeological Museum is today one of the world-famous museums thanks to the wide selection of quality works that possesses. Among the “pieces” of art finest preserves the ruins of Pompeii, findings from the greek-Roman, objects belonging to the Egyptians and to the Etruscans from the collection Borgia and ancient coins from the collection Santangelo.

The Museum of Capodimonte

The Capodimonte Museum, located in the homonymous Bourbon palace, boasts an enviable collection of works by artists such as Botticelli, Goya, Titian and Caravaggio. Do not miss a visit to the museum and at the same palace.

The museum Duke of Martina

It is a museum of ceramics that has the reputation of being one of the best museums of decorative arts. Inside you can admire more than 6000 works of art western and eastern.

It is one of the places of worship for excellence because of the legend of the Veiled Christ, a marble sculpture preserved here. It ‘a place esoteric and mystic, whose visit is absolutely recommended.

Lovers of religious architecture can not miss the many churches that dot the city of Naples, each with a style and an imprint of its own. They range from the Church of the Holy Spirit with his works of the sixteenth century to the pantheon of St. Clare, the Byzantine monastery of San Gregorio Armeno the Basilica of San Paolo Maggiore, built on the ruins of a Roman temple. Do not forget the sixteenth century church of San Pietro ad Aram, the chapel of Pappacoda, the church of Santa Caterina a Chiaia and Lorenzo Maggiore, just to name a few.

What to eat in Naples

Do not try a pizza in Naples would be a real crime. The real pizza, what Italians really appreciate, is born here, that’s why it would be absolutely a shame to visit this city without trying one. According to tradition, the pizza was created for the first time by Raffaele Esposito in honor of Queen Margherita (which is why the pizza was born with the three colors of the flag: white mozzarella, tomato red and green basil), and has since become one of the famous dishes of the Neapolitan tradition.

The pizza you eat well at any place, so it is not difficult to find a restaurant or a pizzeria that do not have their menus pizzas for any taste all at the highest level. If the pizza is as good as in this case to try the pizzas are simpler, marinara and margherita, with tomato, olive oil and basil. But the Neapolitan cuisine is not just pizza, in the traditional menu are a number of local delicacies that are worth be tested.

They range from buffalo mozzarella, good, tasty and juicy as in any part of Italy, spaghetti with meat sauce, the grilled eggplant stuffed with or fried fish. Also delicious sweets Neapolitan: among all the most famous is the pastiera wheat, a typical specialty of the period of Easter, made with wheat and ricotta. But there are other must-try dessert: how struffoli with candied fruit, the donuts fried, the famous baba , soaked in rum. Much of the Neapolitan gastronomic tradition has its roots in Greek culture, in the Spanish and in French. In Piazza Sannazzaro will find a large number of restaurants and pizzerias, where to order pizza steaming mussels or dishes with seafood.

The nightlife of Naples is known around the world. It ‘true that there are neighborhoods that it is better not to attend at night, but it is equally true that there are other very attractive where the nightlife does not stop until the wee hours of the morning. The premises of the center offer attractive options for a beer or to stroll through the stalls. If you look for a chic neighborhood to spend a nice evening the advice is to go to Chiaia , one of the celebrities and fashionistas of the city, thanks to the many designer shops that you can find. The streets are small and features and you can have a beer, have a chat and listen to good music.

The premises of this area are called “small bars”, the young people of Naples are well used to switch between them and stop drinking outdoors when the weather permits. So many small bars of Chiaia, ranging from ‘ Olé Toro , the tapas bar, to Bailissimo , from Beat Club Aperitif Enoteca Belledonne, not to mention the ultra popular Scalinatella . Other small bars are located in via Aniello Falcone, where you can drink a drink while admiring the beautiful view of Naples. Even in the historic center of Naples there are a number of exciting nightlife, as the kinkly Bar with his black moods, the Kestè and the Mamamu B ar both known for live music. In historical gather especially the many university students, which makes it an ideal haunt for young people.

From the province of Salerno in Castellammare di Stabia, near Naples: about 100 kilometers bordering the Gulf of Salerno and the Mediterranean Sea, a haven of natural beauty known worldwide. Wild places with incredible landscapes and villages that hide art, history and culture. The cities that form the Amalfi and Sorrento are numerous and each attracts many tourists. They range from Vietri, Maiori, Minori, Ravello, the famous Amalfi , Praiano, Furore, Positano and Sant’Agata on the Amalfi coast and Sorrento , Vico Equestrian, Sorrento and Massa Lubrense on the Sorrento coast.These are some of the most popular tourist areas throughout Italy, coveted by the Italians themselves who take refuge in the summer months to escape the bustle of the city, and by foreign tourists who remain speechless in front of the beauty of this land. The name of the Amalfi Coast and Sorrento is due to two main cities placed one on the one hand and the other on the opposite end of the peninsula: Amalfi, historical and geographical center of the side of the peninsula bordered by Positano and Glasses on Sea, in the center of Sorrento side diametrically opposite.

Two different cities, as indeed are different from each other all the centers of this area, with traditions and places entirely original. A tour to discover how many different places you can find in less than 150 kilometers is absolutely recommended. This is the most beautiful side of nature and Campania, in the center-south of Italy, not far from Herculaneum and Pompeii, a place from ancient origins whose excavations are now one of the most important places of interest all over Italy. Not far away is also Naples, the capital of this region, with the historical monuments and the large squares. But who is on the Amalfi Coast and Sorrento to enjoy some ‘of absolute relaxation rarely moves away from these places to thrown back into the chaotic city. Rather will focus on nature walks and historic small island of Capri or Ischia, both reachable from Sorrento. To reach Sorrento and adjacent countries is possible to land at Naples airport and from there reach the various places with local transport.

Our cars are designed to meet your every need 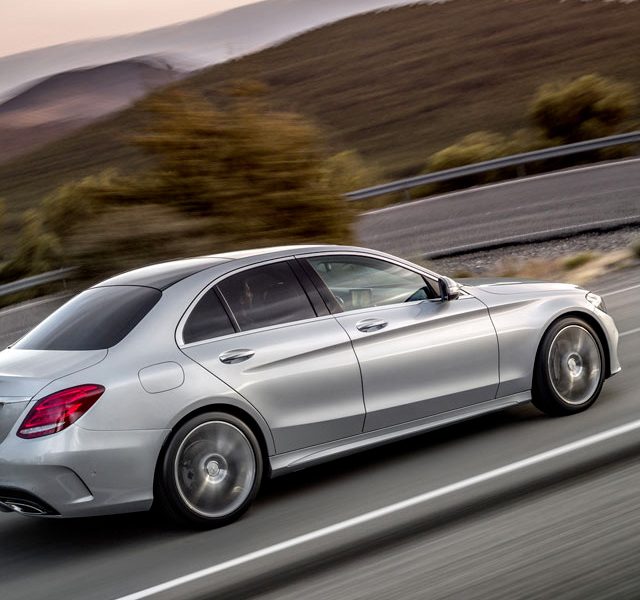 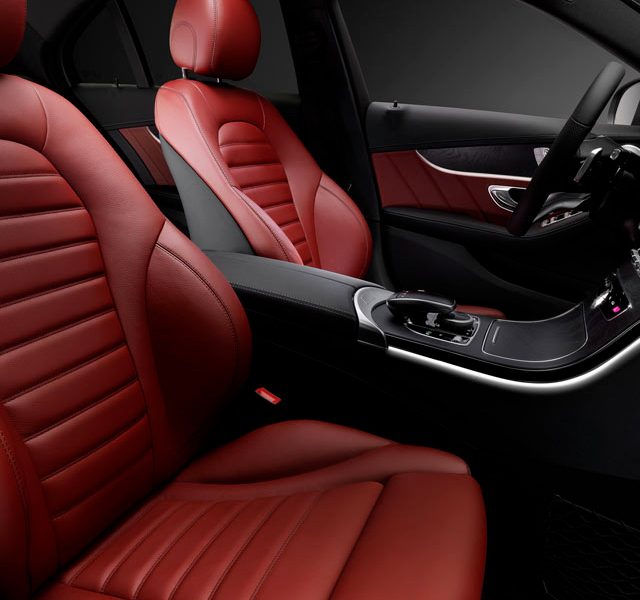 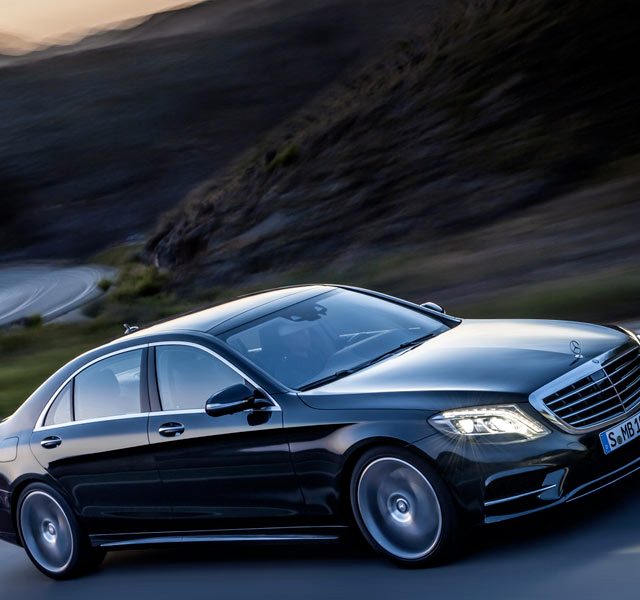 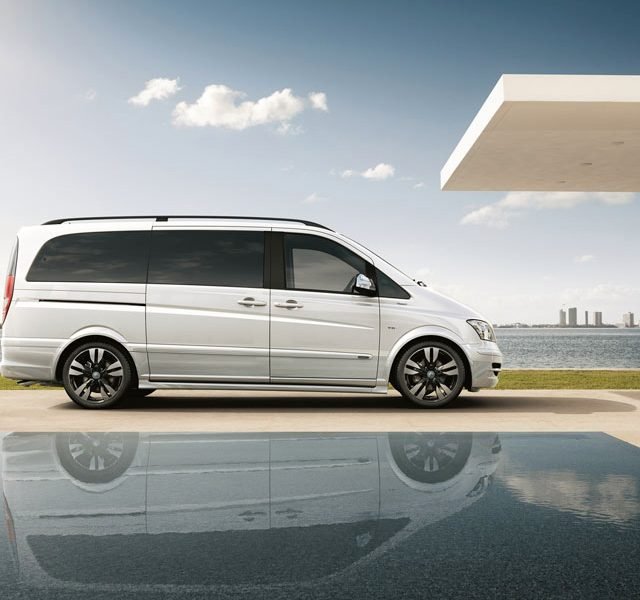 Get in touch with us

Send us your requests or suggestions